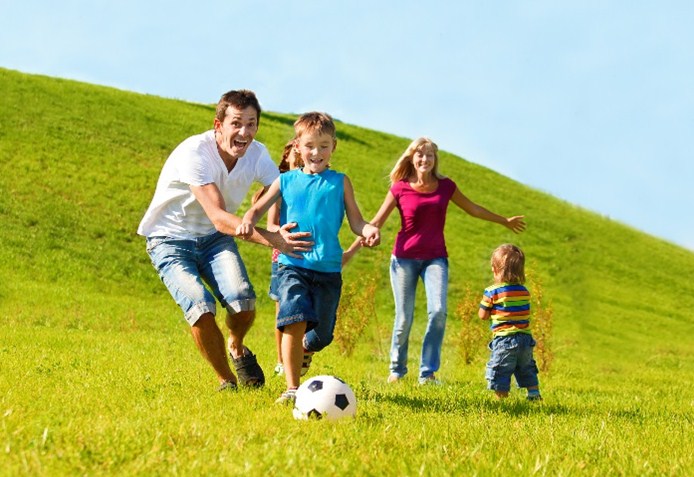 When Kubla learned to crawl, he would want to join the games of his older cousins. But it’s hard to play soccer with a baby on the field. We needed to find a new game.

So we invented Baby Tag. The older boys run around chasing each other. I hold Kubla in the middle of the action. Kubla is base—touch him and you’re safe. Unless he farts or giggles, in which case you are frozen for 5 seconds.

Kubla loves playing with the big boys. Now the big boys beg to include him in their games.

How do you involve your little ones in big kid games?