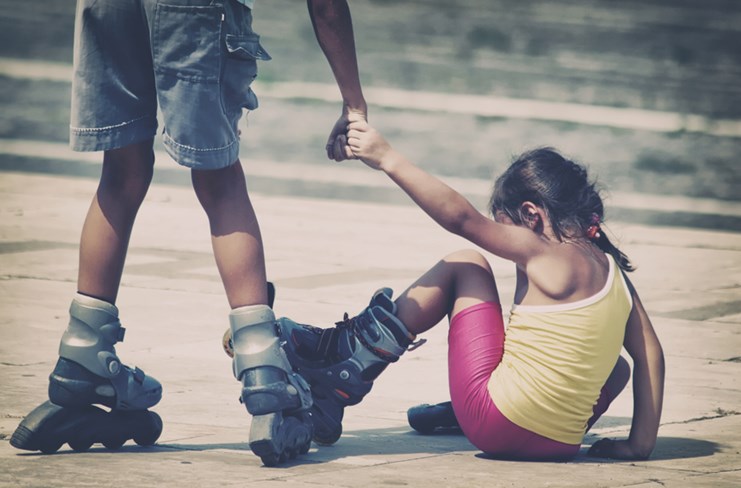 Kubla is learning to ice-skate. He hobbles back from the first class with bruised knees.

I give him a little hug. “What happened? Did you have fun?”
“Yeah, but I fell.”
“How many times?”
“Three.”
“Just three times? Try to fall at least four times next time.”

He looks at me like I hit my head on the ice.

A couple months later we send him skating with kneepads. I’m glad for the lesson about taking risks, but he can learn just as well without the bruises.

What do you do to encourage the kids you love to move outside their comfort zone?