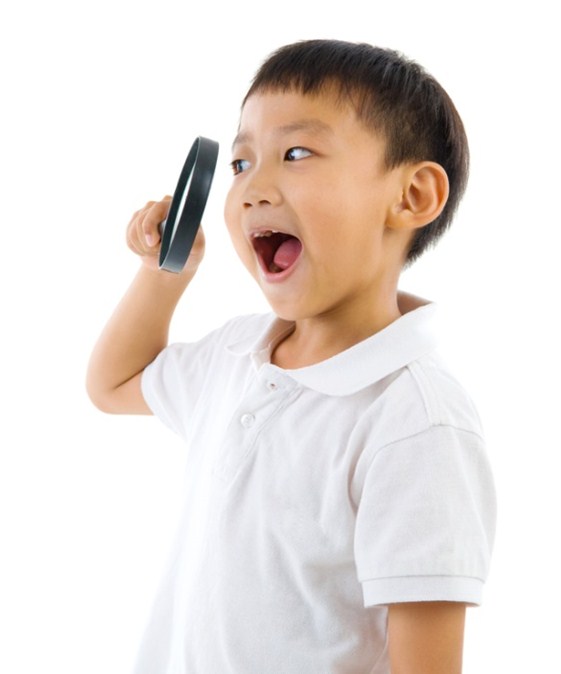 I was straightening up my office supplies. Kubla puts down his toy and comes closer.

“What’s that?”
“A laser drum.”
“A laser drum!?” His eyes pop out of his head. He starts to tear the box open. “Where did you get a laser drum?”
“No,” I say, “not that kind of laser drum. It’s just a part of my printer.” His face falls a little. “But I like it your way better. A laser drum would be totally awesome.”

We make drum noises and pretend to shoot lasers out of our fingers.

Another day we’re outside catching lightning bugs. I pretend that I’m getting electrocuted every time they light up.

“They don’t really shoot lightning, Dad,” he explains. “They’re just called that. But I like it your way better. A lightning bug would be totally awesome.”

How do you encourage your child’s curiosity?