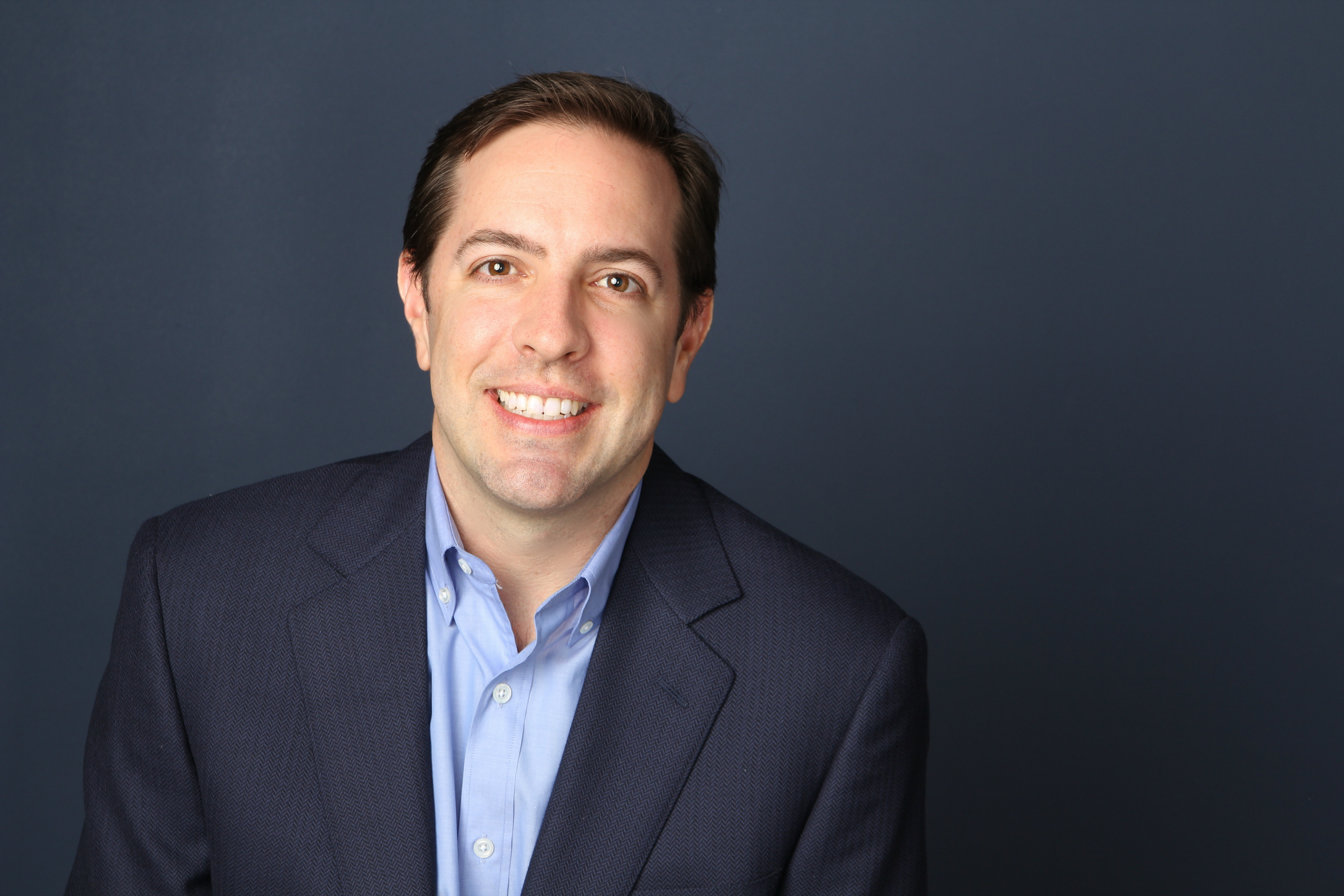 Matt Schneider of City Dads has made life richer for dads and their kids all across the US. Today, Matt shares his story with Kidorable Parenting.

Jonathan: Welcome to Kidorable Parenting’s Interview with Matt Schneider, co-founder of City Dads, an organization that brings fathers together, both online and in real life for mutual support, experience, sharing, and fun. I’m Jonathan Domsky, blogger, parenting coach, co-founder of Kidorable, and long-time fan of Matt’s work. Let’s get started. Matt, tell me a little bit about who you are, what you do, and what you’re passionate about.

Matt: Well, thanks for having me on. My name is Matt Schneider. I am the co-founder of City Dads Group. It’s a national network of dads groups across the country. I’m also father of 2 boys that are 12 and 9, growing up too fast. Passionate about a lot of things, but I’m on with you because I’m really passionate about the world recognizing dads as real parents.

Jonathan: Wonderful. Matt, what’s something that you wish you had more courage or imagination to do when you were younger?

Matt: It’s funny, I look back and I was very focused. I was a good student. I was on that hamster wheel, that track. I knew exactly what the next step was going to be and that, kind of, was great. But, I didn’t take the chance to be as creative and as adventurous as I now look back and wish I was. The biggest example of that is my major in college. I went to Wharton Business School at the University of Pennsylvania as an undergraduate. So, I chose when I was 17 years old that I wanted to go into a career in business. And that prevented me from taking a lot of classes in liberal arts and other areas that I think I would have enjoyed.

Jonathan: What do you do to give the children that you love the courage and imagination to seize possibilities within themselves and the world?

Matt: You know, I think, that piece where you ask about themselves, I really want them to be intrinsically motivated and find their passion and be able to pursue their passion. And, you know, as they’re growing up and we’ve, my wife and I, have tried to expose them to various opportunities to play instruments, travel, take art classes, play sports. But as they get older, we really want them to lead, you know, the passions they pursue without us getting in the way too much. That’s kind of where we are right now, are watching where they want to go and supporting them.

Jonathan: Are there any recent examples of them leading in those areas they are passionate about?

Matt: Yeah. Both boys are playing violin. They both started violin when they were, I believe, in kindergarten, had taken lessons for a long time and at some point, my younger son came in and said, “I really don’t like violin. I wanna play saxophone.” We talked it through. I mean, he had played violin and had gotten pretty good but he was really excited about playing saxophone. So, a few months ago, we switched gears and he is loving playing saxophone and it’s made all the difference for him in terms of practicing and being motivated to learn because he knows he made the choice and that he got himself to this point.

Jonathan: Sure. In my experience, forcing a child to do something kills any passion they have for that activity.

Jonathan: Matt, describe something in your family life that you’ve consciously made more fun, easy, meaningful, and joyous.

Matt: I think, consciously we try to really enjoy our city. We live in New York City and there’s so much for families to do in New York City but it’s easy to get busy and forget about what family life in New York City can be. So, we really try to take advantage of what the city has to offer, whether it be going to unique art shows or concerts or other activities. We really, we wanna rest, we want to enjoy our time together but we also want to get out into the city.

Jonathan: Yeah. What’s something about your current family life that you wish was more fun, easy, meaningful, or joyous?

Matt: Yes, we were just talking last night about food and eating. My wife is vegetarian. My two boys and I are not. I do all of the cooking in our family so the solution set of foods that we’re all excited about having for dinner seems to be getting smaller and smaller and less joyous for me as the cook and the planner of meals. So, we’re taking another look at what we can all eat and be excited about and how we present comments at the dinner table about what’s served.

Matt: You know, I really have fond memories of family gatherings for the holidays. I think that’s pretty common, but especially since I’ve moved away, I grew up in Colorado. I moved away basically from my entire family and have lived away for 20-plus years now. I look back at those holiday memories and really think about those and how important family is even though we are not together in the same city.

Jonathan: Yeah. What’s something from your childhood that you’ve consciously changed in raising your own children?

Matt: We definitely travel more than I ever got to travel with my parents. My parents had that philosophy of, “We’re only gonna travel when they’re old enough to remember,” which meant I didn’t really go on any real trips for a variety of reasons. Money was certainly one of them, but also, kind of, that idea of remembering a trip. I didn’t get on an airplane until I was 10 years old and both of my kids were on airplanes within months of being born. And travel is something we love as a family and even though they’re young travelers, they have fond memories of many of our trips.

Jonathan: Matt, what’s the best thing about being a parent?

Matt: I am loving experiencing life through their eyes and then through their experiences. I am an at-home dad. I’ve been an at-home dad for 12 years now and I get to see the world with them and then do things that I wouldn’t otherwise do if I were at work all day or I didn’t have kids. So, it’s been really fun to be with them as they discover what life is all about.

Jonathan: Nice. So, Matt, you said that you’ve been an at-home dad for 12 years now and that that was the inspiration for founding the City Dads Group. What has the organization added to your life, not as a founder, but as a participant?

Matt: Well, as I said, I’ve been at home for 12 years now, but the first 3, I was home without having started any dads’ group. And looking back, I recognize the isolation of being an at-home parent, especially a dad as an at-home parent. I had, kind of, lost myself. I was not Matt Schneider. I was Max’s dad when I went out into the world. And connecting with other dads and building this community, I recognize how important it is to have other dads in my life and how meaningful it is to learn from dads who have kids that are older than mine, and to be somewhat of a resource and mentor for dads that are just coming along. It feels good to share my experiences and, hopefully, help some dads and families.

Jonathan: What was a recent City Dads event that was either a lot of fun or impactful for you and your family?

Matt: I think one of my favorite events each year is called Giving Tuesday. It’s a global day of giving back that our dads’ groups have rallied around for many years. This last year, we were in seven cities working on Giving Tuesday at seven non-profits and we got to work with a sponsor, Plum Organics, who donated a significant amount of food that day to each of those non-profits. And we got to volunteer at those non-profits and do some work and give back a little bit. And I think our groups really like the idea of marshaling our resources to give back to our communities.

Jonathan: Matt, tell me about your current project or something else you think I should know about your work.

Matt: Well, we continue to grow City Dads Groups. We’re about to add a couple more groups. I won’t tell you where they are, but we’re in 29 cities right now and continue to be adding groups in cities as organizers step up and recognize the value of building a community for the dads in their city.

Jonathan: Where can I find out more?

Matt: Citydadsgroup.com and City Dads Group on all of the social media channels: Facebook, Instagram, and Twitter. We also do a great podcast called the “Modern Dads Podcast,” interviewing various parenting experts and journalists and men’s health resources. It’s been a fun addition to being a voice out in the world for dads.

Jonathan: Excellent. Well, Matt, this has been such a treat. I’m grateful for your time, your wisdom, and the impact that you’ve had on families all over the country.

Matt: Thank you very much, Jonathan, and congratulations to you on what you’re building.

In two weeks I’ll give a free Kidorable Umbrella to the fan who makes my favorite comment and shares this interview on the social media platform of their choice.