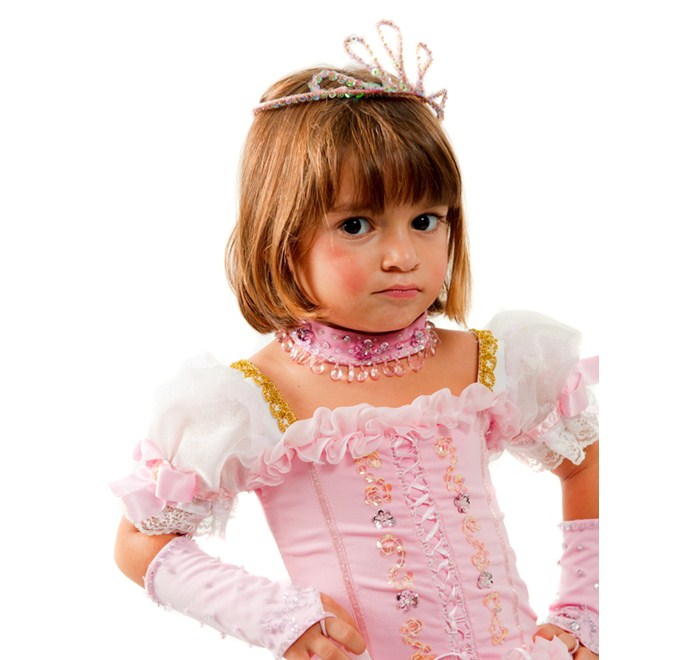 My niece is no damsel in distress, looking pretty as she waits to be saved by some prince. Ever since she was a baby, she’s been a queen. What’s the difference? Let my brother explain in his own words.

“By being a Queen, we mean that she is special. She is above standard expectations and limitations set by our culture. And as a Queen she is free to excel and she is at liberty to play anyway she sees fit. She can play soccer or have tea parties. She can dance and also learn jiu-jitsu. She is also free to choose to raise a family and keep her castle—if this is what she chooses.

“Queens aren´t bossy. They are strong and command respect. Queens work in a quiet way with the numerous boys and men (and girls and women) who can´t recognize this. No sense in fighting with all of them. But anyone who thinks that they are better than she because of their gender, race or nationality are simply less than she is. She leads. She cooperates. She never has to submit to the expectations of someone less than she.

“I know our little queen will find plenty of boys, girls, men and women who will want to work, play, socialize and live with her. She knows that few will see her as she sees herself. But so what? There are more people drawn to her strength and happiness than turned off by her intelligence or ability to throw them down on the jiu-jitsu mat.

“She can run. She can dance. But she does it like a Queen. There aren´t a lot of queens around. She doesn´t have a lot role models. We expect her to figure this all out for herself. That is what growing up means—figuring things out for ourselves.

“It´s about quiet strength. It´s about commanding respect. She can be herself—whoever that may be—because nobody has the right to tell a queen—even a small queen—who or how to be.

What would you rather encourage the girls in your life to be—a princess or a queen?