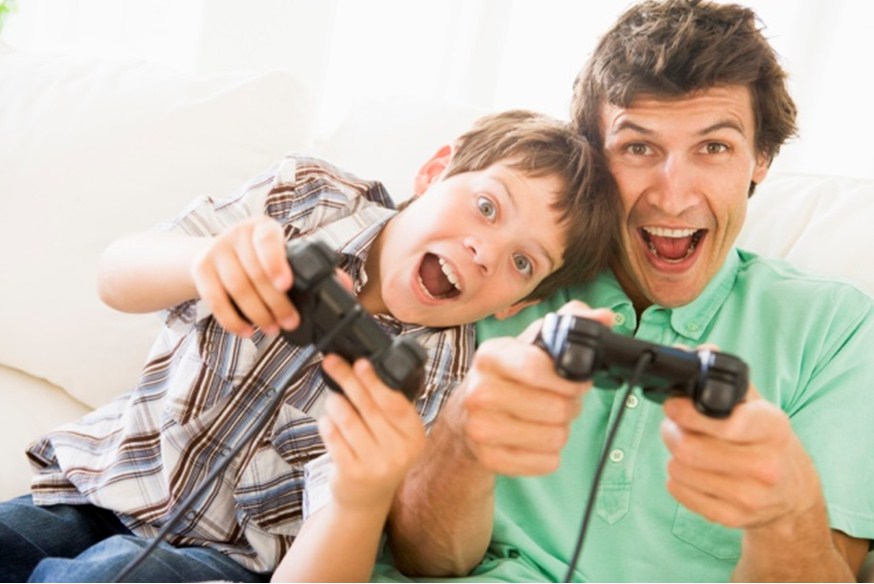 It was vacation. We were staying with Kubla’s cousins for the week. All the big kids wanted to do was play video games on the computer. It was the first time he had seen computer games. Kubla was hooked.

The big kids go out. Kubla takes over the screen. Five hours later he is still there. He is a zombie, neither fully alive nor fully dead. He stares blankly at the screen. He isn’t enjoying himself anymore, but he’s unable to turn away, as if the screen has captured his soul.

“Kubla, time for bed.”
No response.

Liping and I reach to pick him up and turn off the computer. He explodes. Full blown tantrum. It takes 30 minutes to calm him down so he can sleep.

He wakes up the next morning. “I want to play video games.”

A couple more days pass. More tantrums. He loses a little more of his soul.

Next morning he asks to play again.

He chooses a game. It’s more fun now that we’re playing together. The alarm goes off. We have a tickle fight in the next room. He’s connected with me, not just with a screen. The spell is broken.

What addictions do your little ones have? How can you find a way to stay connected with them when their addiction closes them off from the world?

In two weeks I’ll give a free Kidorable umbrella to whoever makes my favorite comment.