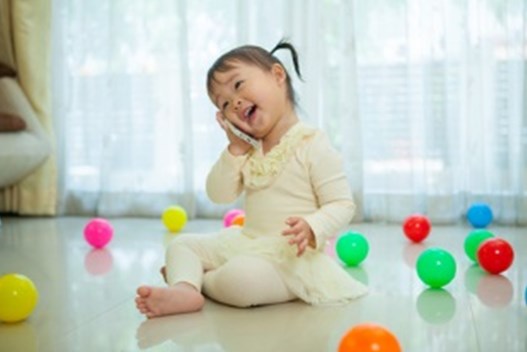 Kubla and I are walking in the park. He’s starting to dawdle. He looks bored. I pretend my phone is ringing and answer it. I make like I’m listening.

“Kubla, it’s that pirate calling again. He wants to know where you hid the treasure—you talk to him. You’re the one who made the map.”

A few minutes later,
“Kubla, there’s a T-Rex on the phone. He says he’s hungry. He’s asking where you are, and if you have any ketchup on you. Do you want to talk to him?” Kubla runs away.

We walk by the lake. I pick up my phone again. “Kubla, there’s a mermaid looking for you. She wants to take you to her palace under the sea, but I told her you were busy.”

We get home. Kubla makes ringing sounds and picks up my phone.
“Hey Mom, Grandma is calling. She’s saying I should eat lots of candy and play video games all day. Do you want to talk to her?”

What is one of your tricks to reengage kids when they are bored?