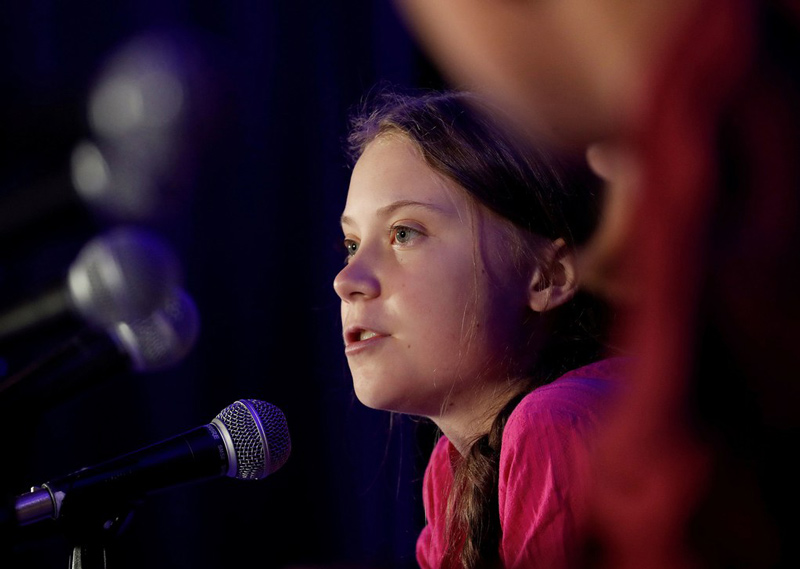 The night before the Global Climate Strike, I show Kubla Greta Thunberg’s TED talk.  I think it should be required viewing for all parents and school-age children. https://www.ted.com/talks/greta_thunberg_the_disarming_case_to_act_right_now_on_climate

After the 11 minute video, silence.

A minute later, “Tomorrow, millions of kids around the world are skipping school to march in the Global Climate Strike,” I tell him. “It’s the biggest march for the environment in history.”

We decide to call Kubla out of school the next day and our family goes to the march together.  It doesn’t seem appropriate to drive to the Climate Strike.  We take the train downtown.

“When you are my age, you’ll tell your kids how you marched this day.”

On the way to the march, I ask Kubla, “Why do you think everyone is so inspired by Greta? What makes her such a powerful leader?”

“Is it because she’s such a great speaker, like Martin Luther King, Jr.?”

“Is it because she’s rich and powerful?”

“Because she’s beautiful? Smart? Funny? Why do so many people want to follow her? It’s because she described a vision that other people want to follow.  So many people were thinking and feeling what she was thinking and feeling, even if they didn’t know it yet.  And as soon as she said it, as soon as she took action, they felt they needed to follow her.  And you know what, your friends are just waiting for someone to speak up and take action and lead them, too.  The power is just sitting there, waiting for someone to pick it up.  Maybe someone like you.”

What do you teach your kids about leadership?